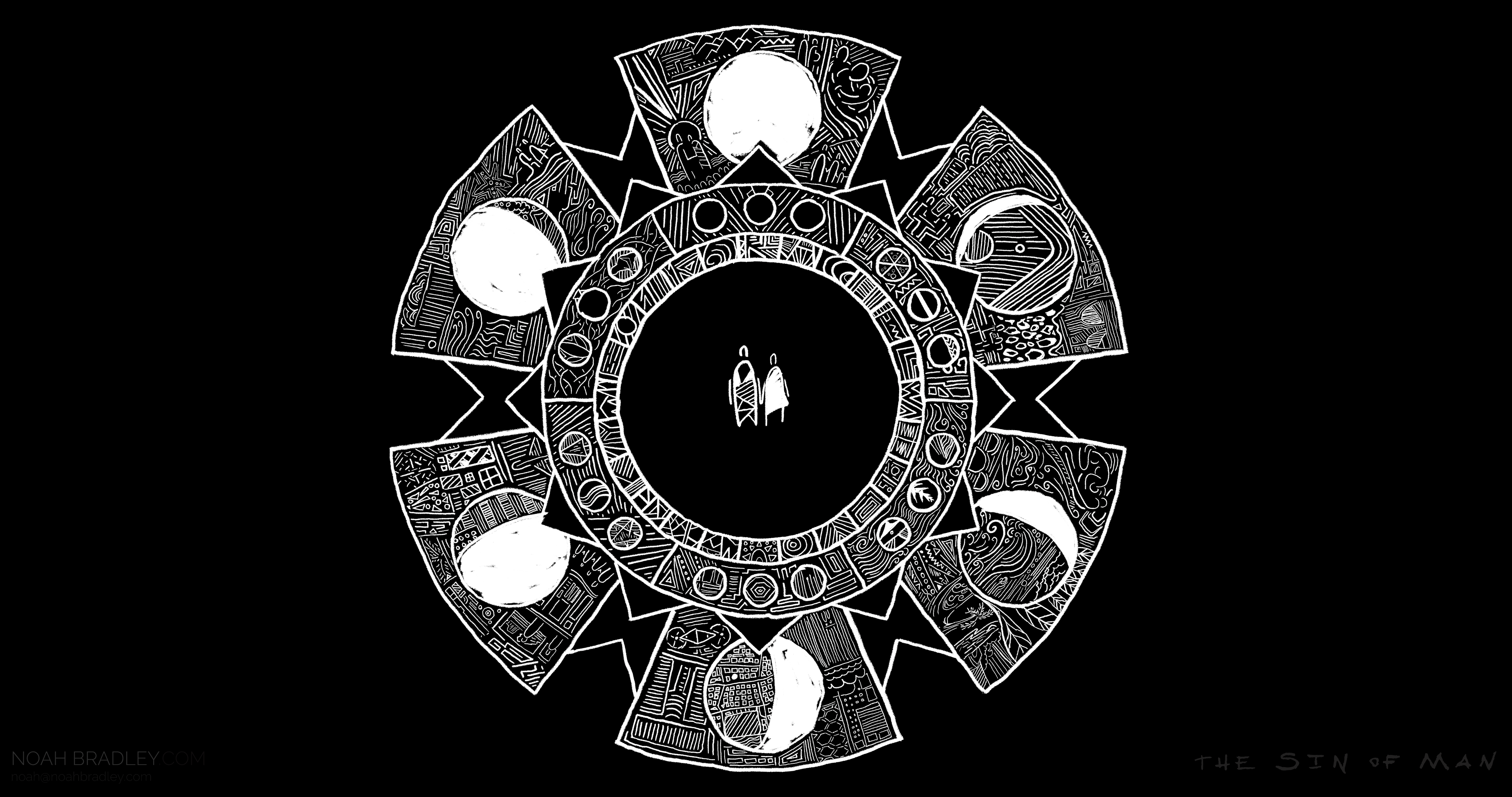 When time was new and life begun
There was the Earth, the Moon, the Sun.
Three dancers fair, their story old
And yet it’s never truly told.
So heed my word and listen true:
Of how the Sun found the Moon.

The Sun was strong and centred all,
His great light strong and powerful.
The Earth, much smaller but mighty too-
The Home of Life, the Planet Blue.
So charming he was that, compared to him,
His partner floated cold and dim.
About him, the Moon spun round,
“Free” she thought, but ever-bound.
Not seeing she had beauty, too,
Her captor Earth was all she knew.

But one day as she floated so,
From behind the Earth, the Sun did show.
His warmth, his strength, his light divine
So great he made the cold Moon shine.
Her pale skin bright as winter snow
As he bathed her in his fiery glow.
In him, she found (though moonstone-clad)
A heart she didn’t know she had.

She watched him dancing high above
And learned, right there, what it means to love.
But the Moon was tied and couldn’t flee
So alone, she watched him silently.
He passed her by and slipped away,
Behind the Earth for another day.
The moon continued her lonely dance,
And prayed to have another chance.

Time passed, and still he could not see
For mighty and large and bright was he.
About him, thousands gathered round,
But nothing true he among them found.
For they would bathe within his glow
And take from him, and on they’d go.
Or worse- they’d hit as hard they dared
The Sun, who only ever cared.

But when the Sun felt most alone
He saw a bright and burning stone.
For at last- the Moon had broken free,
And eclipsed the Earth so he could see,
They knew, right then, wherever they roam,
That they could always come back home.
And for the rest of time they’ll stay
Dancing, entwined- the night and day.